Shoot us an email:
contact@mysoulamonglions.com

Or signup to receive updates on new albums and tours.

Oh, and did we mention a free download of our song Rescue (Psalm 82)?

You have Successfully Subscribed!

My Soul Among Lions tour dates
Something is wrong.
Instagram token error.

My Soul Among Lions

My Soul Among LionsTuesday, November 29th, 2022 at 6:44pm
Check out this super encouraging video from the students of Paideia Classical Christian School singing our song "Rise Up, O LORD (Ps 10)." Great job! https://www.youtube.com/watch?v=k94gIum71fI
42 3    View on Facebook

One reason I don’t love the majority of modern Christian music, as in that which one hears on the CCM radio station, is because it doesn’t fit many occasions where it would be good for the soul to sing: a) anguish b)persecution c) righteous anger d) The Lord’s Day corporate worship e) joyful celebrations ….etc.

There are faithful musicians out there making music that reflects God’s word (including but not limited to: Jamie Soles, Brian Suavé, Gregory Wilbur, Tim Bushong, David Erb, The Gray Havens, My Soul Among Lions, The Corner Room, Psallos, Shai Linne, Propaganda, Brother Down, and many more that I don’t have the time to list and others that I can’t wait to learn about); especially lyrics as found in the psalms…yes even the imprecatory ones. I’ve been listening to the audio version of the book “Church Music and Other Kinds” through the Canon+ app, which I also highly recommend, and he writes something along the lines of: while not all music should be “church” music, for the Christian all the music we listen to and make should not offend God, and it should be fitting for the occasion.

If you’re going through a tough time, do you have songs that you can sing? If a loved one is on death’s door in the hospital, do you have songs to sing with others around their bed besides Jesus Loves Me and Amazing Grace? If we in this country have to one day face persecution like the martyrs in other countries and of old, will the songs you have memorized help you through?
Do you know Psalm 58 and how to sing it?

Jarrod and his church have a trial to go through. What better way to soothe the soul than to sing together? I can think of no other way in which a people congregated can all at once: express their emotions, lift up prayers, petition God, be comforted, speak truth, and make beautiful (perhaps heart wrenching) music together.

Aaron R. JonesSaturday, March 5th, 2022 at 5:31am
Lilly sings "The Lord is My Shepherd" by My Soul Among Lions ( Jody Killingsworth ) at Seven Oaks Classical School talent show.
44 7    View on Facebook

My Soul Among LionsSaturday, February 19th, 2022 at 4:40pm
Dear friends, It’s been a long time coming: We are pleased to announce that "Songs of Deliverance" is FINALLY available on Amazon, iTunes, Spotify, and other streaming platforms. Thank you for your patience and for your support!

It started when we were young...

It started when we were young, learning to sing in church and to play piano and violin and drums. But it really started several years ago when God brought us together from across the country to a church in the crossroads of America. We started as church musicians, doing our best to figure out how to help God’s people in worship, week in and week out. We joined the hymn revitalization movement and we wrote some new songs of our own. And then we discovered the tradition of psalm singing. The more we read and the more we worked, the more convinced we became that our church, and churches across the country, should be singing the psalms. So what was stopping them?

The answer was easy—nobody had done the work of putting the Psalms to modern music. Sure, some people had done some Psalms and done them well. But nobody had tackled the whole book. It was a big job—big enough to take a lifetime. But somebody had to start somewhere, and, like the Good Book says, with God all things are possible.

The other big question was what kind of music and forms to set God’s work to. It had to be complex and beautiful enough to capture the nuance of the text, and simple enough for grandpa and grandma and all the kiddos to sing along. We didn’t have to answer that question ourselves. Generations of gospel singers on the southern plains and Appalachian mountain men and street corner balladeers had answered it already. American folk music has evolved over the past two hundred years to express the simplest declarations of love, and the thorniest statements of political protest. It’s the music of children and the music of poets and philosophers. It’s the perfect music to capture the brightest bursts of color and the smallest shades of God’s truth.

So we decided to form a proper band. We tuned our guitars, sharpened our pencils, and went to work. We tried the songs out on each other, on church congregations, and house parties, and anybody else who would listen. God blessed us and gave us some good tunes, and we hope and pray He will bless us still. Because the work is just beginning. 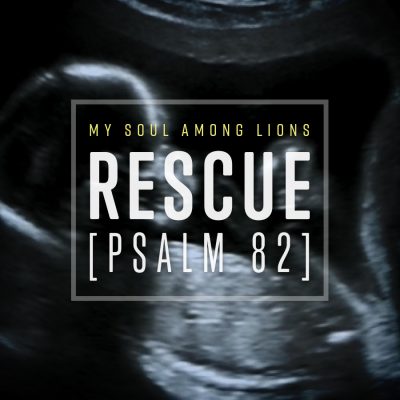 Joining our mailing list is the best way to receive the latest news and updates. It's also the only way you can get a copy of Rescue, our recording of Psalm 82.

Thanks for subscribing. Check your email to finish the process & get your free download!